Blackjack is believed to have originated in the 18th century though there is little agreement over the exact place of origin. Some historians contend it originated from France while others think otherwise. Those who believe it originated from France associate it with French games like chemin de fer and French ferme. It is thought to have emerged from French casinos under the name vingt-et-un literally meaning twenty and one in the early 1700s and later spread to the United States in the 1800s. 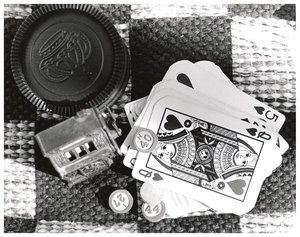 The name blackjack developed from the fact that any player who held who held both the Jack of Spades & the Ace of Spades as the first 2 cards dealt was entitled to an extra payment. So the name blackjack derived from the fact that the Spade of Jack was an important card and the spades were actually black. The game has continued to gain popularity over the years and this is attributed to the fact that it is relatively easy to learn and the players have some control on the outcome of the game if they understand the game. This makes it different from other gambling games where simple chance is at play and the player has little control over the game. There are a lot of blackjack variations.

The basic rule is that the player should hit 21 or a number very close without busting. Busting is when a player hits more than the required 21. The player hands should be closer to twenty-one than the dealers to win. The player is dealt to cards for a start which have their face up while the dealer also takes two cards but only one faces up. The rules of the game are clear and the player can not be disadvantaged by having his cards seen by other players at the table or the dealer himself.

In blackjack, cards are valued differently. The Ace may be valued as 1 or 11 depending on the hands of the player. If counting the ace as 11 causes the player to bust then he will count the Ace as 1. Numbers 2 to 10 take the face value of the cards and are counted as such. Queens, kings and Jacks are given a special value of 10 due to their elaborate decorations. Card counting is very important in this game and its better to learn how to do it. The hands are said to move from soft hands to hard hands. Soft hands means the player can hit any card without the fear of busting while hard cards means the player risks hitting more than 21.

You can learn blackjack basic strategy and play blackjack for fun. But if you play to win you have only two ways: learn game strategies or use cheating in blackjack. Both ways can guarantee you stable profit - odds will be at your side.